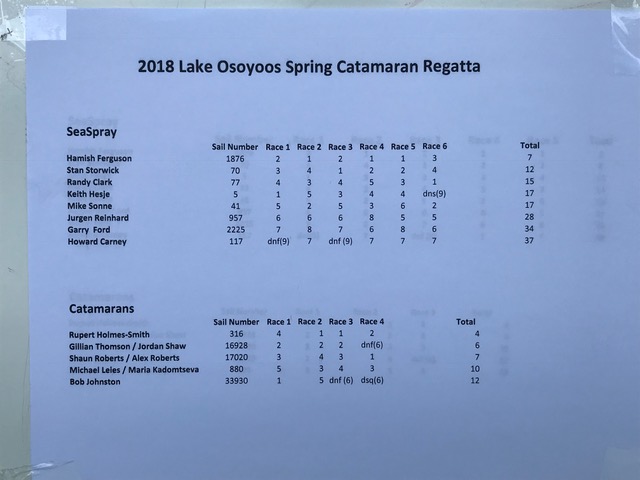 This years regatta featured a three day event with mixed weather conditions.  A total of six races were sailed. It was a mixed catamaran regatta with five other catamaran types in the second fleet. 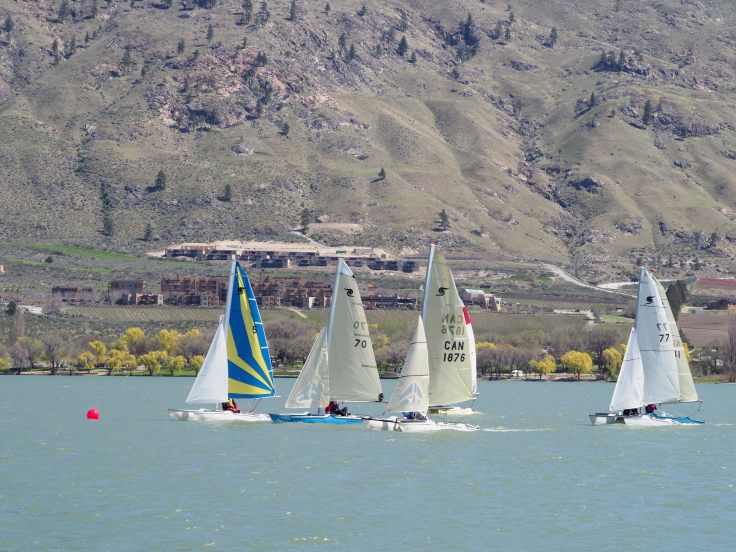 It included a nice wine and cheese welcoming party for those who attended.  Too bad if you missed it.

Thanks to the Osoyoos Sailing Club for hosting the 2018 Canadian Seaspray Nationals Regatta.
There was no Annual General Meeting for the Seaspray Association at this event.